Food Fight! Which of These Grocery Options are Healthier? 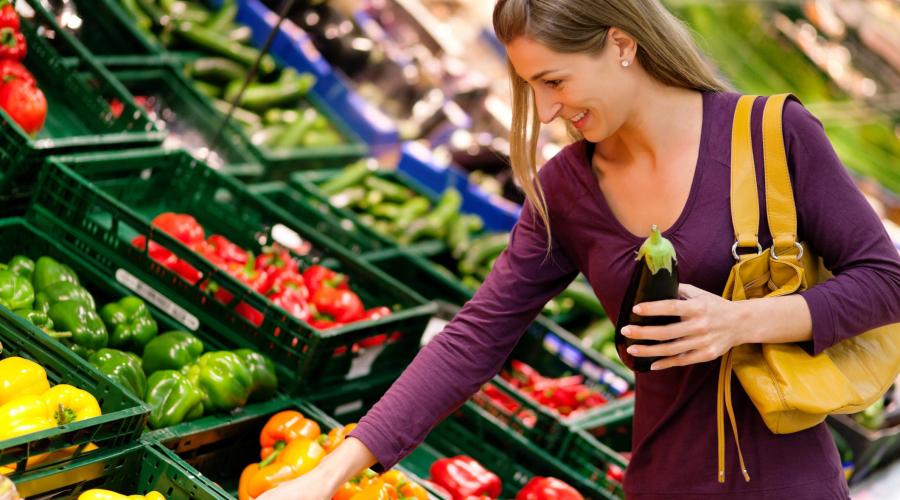 Chocolate versus vanilla. Beach versus mountains. Chances are you feel pretty strongly about some choices in life. And while you may prefer fried mozzarella sticks to low-fat string cheese, you know full well which one’s better for you.

But when you like two foods equally—and one seems just as healthy as the other—things can get tricky. To make it easier, we asked the experts to set the record straight.

Because the less time you have to spend wavering over what to eat, the more time you can devote to enjoying it.

When made with ground breast meat, turkey burgers can be a lean source of protein.

The reality? Premade patties are usually a blend of white and dark meat, so they can have five times the fat and up to 20 times more cholesterol than meat-free versions.

“Veggie burgers also have about 4 grams of fiber and half the calories—around 100,” says Lori Lieberman, R.D., a dietitian in South Weymouth, Massachusetts.

They can be high in sodium, however, so choose a brand with 300 milligrams or fewer.

While both types of oats are good sources of cholesterol-lowering soluble fiber, “the instant kind are rolled out and steamed before being packaged to make them cook faster,” says Julie Kaye, R.D., a dietitian in New York City.

Steel-cut oats, however, are the whole oat groat (picture a grain about the size of barley) cut into two or three pieces. Because they’re less processed, they take more time to digest, which means they keep your blood sugar steady and help you feel full for up to three hours—twice as long as instant oats do.

All whole grains have fiber, but quinoa is also loaded with 8 grams of protein per cup, says Julie McGinnis, R.D., a dietitian in Boulder, Colorado.

What’s more, the protein is the complete kind—typically found in animal sources like meat and eggs — meaning that it contains all nine of the essential amino acids your body needs to repair cells and make new ones.

And quinoa takes just 20 minutes to cook, compared with up to 50 for brown rice.

“Agave syrup and honey both have 64 calories, about 16 grams of carbs and between 14 and 17 grams of sugar per tablespoon,” says Elizabeth DeRobertis, R.D., the founder of the Nutrition Center at Scarsdale Medical Group in Harrison, New York.

The kind of sugar, however, differs: Agave has a higher percentage of fructose to glucose, so it raises your blood sugar more slowly but may also trick your brain into thinking your stomach isn’t as full as it actually is.

More research needs to be done before experts can recommend one over the other; in the meantime, use the sweetener you think tastes better, but only in moderation.

“The best way to sweeten yogurt or even baked goods is with whole or pureed fruit, as it contains fiber and nutrients that concentrated sweeteners don’t,” DeRobertis says.

Sweet potatoes have about the same amount of fiber (4 grams) as potatoes but 60 less calories.

Where they really shine is in the vitamin department: One sweet potato delivers 438 percent of your daily value of vitamin A, while a single spud serves up none.

And sweet potatoes also provide about a third more vitamin C per serving.

Each toast topper has about 100 calories and 11 grams of fat per tablespoon. But most buttery spreads (another term for margarine) are made with partially hydrogenated oil, a type of trans fat that can raise your bad cholesterol level and lower your good one, says Erin Palinski-Wade, R.D., a dietitian at the Vernon Center for Nutrition and Wellness in Franklin, New Jersey.

Butter does contain more saturated fat, but new research suggests it may not be as bad for your heart as previously believed, especially in small amounts.

“Most frozen yogurt contains probiotics, the good-for-your-gut bacteria found in regular yogurt that help keep your digestive system in check,” Kaye says. (To be sure, look for the words “live and active cultures” on the package, menu or website.)

Surprisingly, both desserts have around 18 grams of sugar, but soft-serve has about 11 grams of fat and nearly 200 calories per half cup, whereas frozen yogurt packs about 115 calories and is often fat-free.

To keep yourself from going overboard at self-serve fro-yo chains, hold the dispenser handle down for no more than five seconds.

Though potato chips are often considered off-limits, Palinski-Wade, the New Jersey dietician, likes that they tend to be made with just three ingredients: potatoes, oil and salt.

You can say the same for some tortilla chips (corn, oil and salt), but many also include refined flour and even sugar, nutritional duds that can cause your blood sugar to spike.

Opt for baked potato chips or the reduced-fat type, which are flash-fried so the oil has less time to soak in. Avoid those labeled “crisps,” because they’re usually made with potato flakes instead of whole potatoes.

The main ingredients in these dips—chickpeas and avocado—both contain fiber, but avocados are also a good source of heart-healthy monounsaturated fats and potassium. Just stick to a 2-tablespoon serving of guac and pair it with baby carrots or bell pepper strips instead of chips to keep the calorie count in check.

How To Connect With Your Community