Ubiquinol (pronounced “you-bik-win-all”) CoQ10 is getting a lot of buzz in the world of wellness, and for good reason. Ubiquinol promotes and maintains heart health. It is the active form of CoQ10 that plays a critical role in the production of cellular energy, which your heart and other organs require to function effectively. It’s also the body’s strongest fat-soluble antioxidant.

Simply put, so many people are talking about the Ubiquinol form of CoQ10 because Ubiquinol does so much. Even if you already know about the benefits of Ubiquinol CoQ10 for heart health, cellular energy production, and antioxidant protection, you may still have some questions. Our Buyer’s Guide will answer many of your questions and help you add this heart-healthy nutrient to your daily routine.

Download the printable PDF version of the Ubiquinol Buyer’s Guide

Make sure your Ubiquinol has the Kaneka Quality Seal

Shop for Ubiquinol on NewQ.com

Find a Kaneka Ubiquinol retailer near you

Find a Retailer
What to look for when buying Ubiquinol CoQ10

With over 200 brands of Ubiquinol on the market today, choosing one may seem overwhelming. Ubiquinol supplements may be labeled “CoQ10 Ubiquinol,” “Super Ubiquinol CoQ10,” “Ubiquinol QH” or any combination of various names. 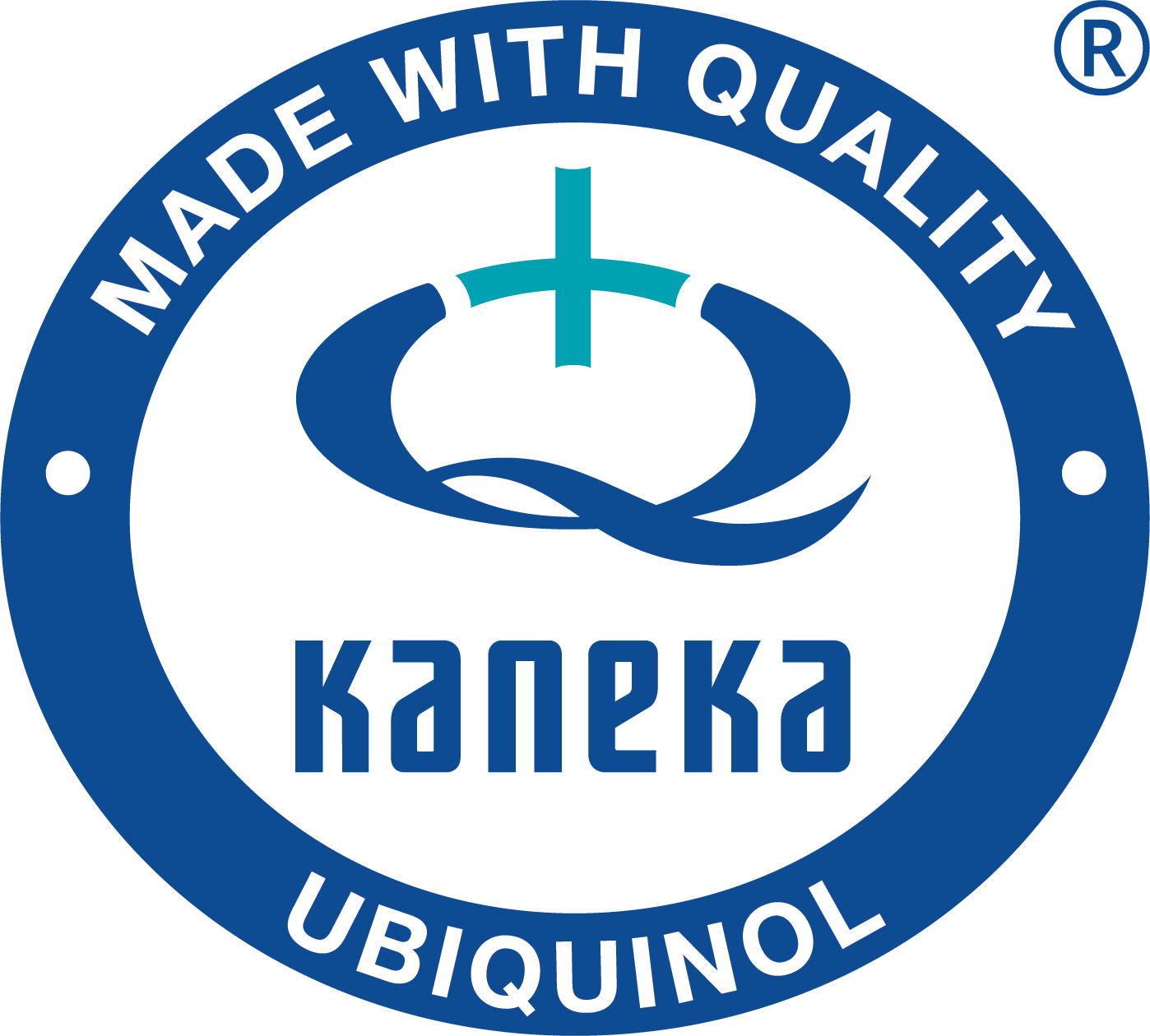 Although a quality Ubiquinol CoQ10 supplement brand contains Kaneka’s Ubiquinol, each brand manufactures its finished product differently. Be sure to read the ingredients on the Supplement Facts label. Some brands use gelatin or beeswax, which may be an issue for vegans or those who follow kosher diets, while other ingredients, such as soybean oil or sunflower oil, may be a concern for people with allergies. 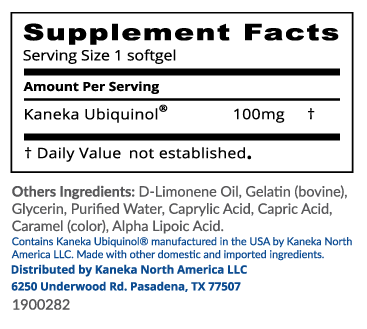 How Ubiquinol CoQ10 is made

Kaneka makes Ubiquinol CoQ10 at its own production facilities in the United States and Japan. The manufacturing process is closely monitored to ensure consistency and quality.

Remember that Ubiquinol CoQ10 is not the same as conventional CoQ10 (called ubiquinone).

The final product, fermented from yeast, is bioidentical to the Ubiquinol made in the human body.

Ubiquinol supplements come in a variety of doses, typically ranging from 50 mg to 200 mg, but nearly every Ubiquinol supplement is delivered in the form of softgels. Mixing Ubiquinol CoQ10 with oil and then encapsulating it in gelatin reliably keeps the ingredient from coming into contact with light and oxygen, protecting it from oxidation.

How to take Ubiquinol CoQ10

Kaneka recommends new users take 200 mg to 300 mg of Ubiquinol CoQ10 – perhaps split between morning and afternoon doses – for the first three weeks. This is called a “loading dose” and is designed to bring the amount of Ubiquinol in the blood to optimal levels.

Most people who take Ubiquinol consume 100 mg per day because that is the dose most often used in clinical studies.

After three weeks, many people can move to a 100 mg daily dose. People over the age of 40 or taking cholesterol-lowering statin medication should consider taking 200 mg of Ubiquinol CoQ10 after their initial loading dose.

If you have questions about your specific situation, please consult your physician.

If swallowing large pills is difficult for you, look for brands with the Kaneka Quality seal that carry smaller soft gels.

Ubiquinol CoQ10 is gentle on the stomach and more easily absorbed by the body than conventional CoQ10. Because the nutrient is fat-soluble, many people choose to take it with food, although Ubiquinol soft gels already contain a small amount of fat in the form of oil.

Most people can take Ubiquinol CoQ10 at any time of the day. Although the nutrient plays a vital role in the production of cellular energy, it will not give the rush of energy you might expect from something like caffeine (a stimulant).

Take Ubiquinol after eating, preferably in the morning or later n the day. If you already have difficulty falling asleep, avoid taking Ubiquinol in the evening.

What to expect when taking Ubiquinol CoQ10

Most people who take Ubiquinol CoQ10 won’t feel any different,, but can rest easy knowing the nutrient is doing important work inside their body. The cellular energy made possible with the help of Ubiquinol is needed by your heart and other energy intensive organs to function properly.

Because Ubiquinol CoQ10 is also a uniquely powerful antioxidant, it helps protect your cells from oxidative damage, which can harm cells, proteins and DNA.

In general, the Ubiquinol form of CoQ10 doesn’t have any side effects, but it’s good practice to talk to your health care provider before starting it (or any other vitamin or supplement), especially if you take a blood thinning prescription medicine such as Warfarin (Coumadin). Your doctor might need to change the amount of Warfarin you take.

Get more information about Ubiquinol

Where to buy Ubiquinol CoQ10

If you can’t find Ubiquinol at your favorite retailer, ask someone at the store for help.

If you can’t find Ubiquinol at your favorite retailer, ask someone at the store for help. They may need to check their computer system to see where it is located.

Remember that Ubiquinol CoQ10 is not the same as conventional CoQ10 (called ubiquinone). Ubiquinol supplements are often labeled with an assortment of names and occasionally paired with other ingredients. Look for the word “Ubiquinol” on the package or in the Supplement Facts panel, along with the Kaneka Quality Seal. This is how to be sure the product is the advanced active form of CoQ10 that your body can use without any conversion.

You can also use Kaneka’s handy Find a Retailer tool to find retail stores near you that carry Ubiquinol, or visit any online vitamin supplier.

Watch out for how CoQ10 supplements are described

When shopping for Ubiquinol in a store, keep in mind that many conventional CoQ10 supplements use words such as “more absorbable” or “extra strength” on their packaging. This usually means the brand considers it to be a more effective or absorbable version of conventional CoQ10. It doesn’t always mean the product contains or has been compared to the advanced Ubiquinol form of CoQ10.

Look for the specific word “Ubiquinol” on the supplement package you’re buying.

Without the word “Ubiquinol” and/or the Kaneka Quality Seal, you’re simply buying a different version of the oxidized form of CoQ10. No matter how much you absorb, your body still needs to convert conventional CoQ10 into Ubiquinol – a process that becomes more difficult and less efficient beginning around the age of 40.

If you’re buying a product that combines Ubiquinol CoQ10 with other nutrients such as Omega 3s or Vitamin E, it’s also a good idea to make sure you know how much Ubiquinol is in each serving. Most people who take Ubiquinol consume at least 100 mgs per day because that is the dose most often used in published clinical studies.