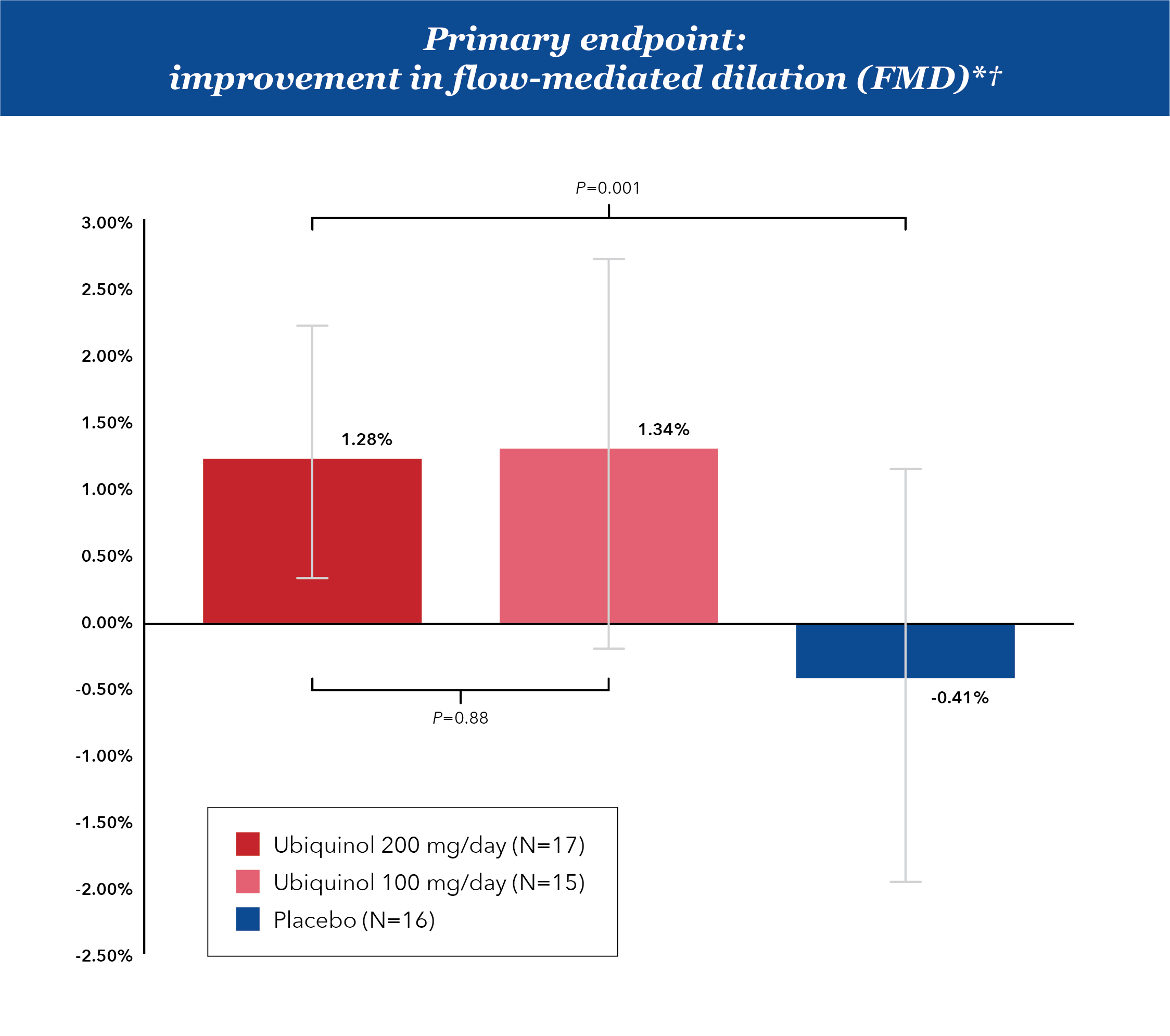 *Response with Ubiquinol was dose-independent.
†No significant changes in plasma lipid profile between groups or versus baseline for either group (one-way ANOVA, P=0.905). Ubiquinol improved endothelium-dependent vasodilation independent of plasma cholesterol levels.

Cardiovascular health is associated with many factors, including diet, lifestyle and genetics. According to a 2019 expert consensus report, each 1% increase in FMD involves a significant 8% to 13% reduction in the risk of cardiovascular events.2

The improvement in endothelial function with Ubiquinol was positively correlated with increased NOx concentration (P=0.012) and increased LDL lag time over the course of the study (P=0.031) 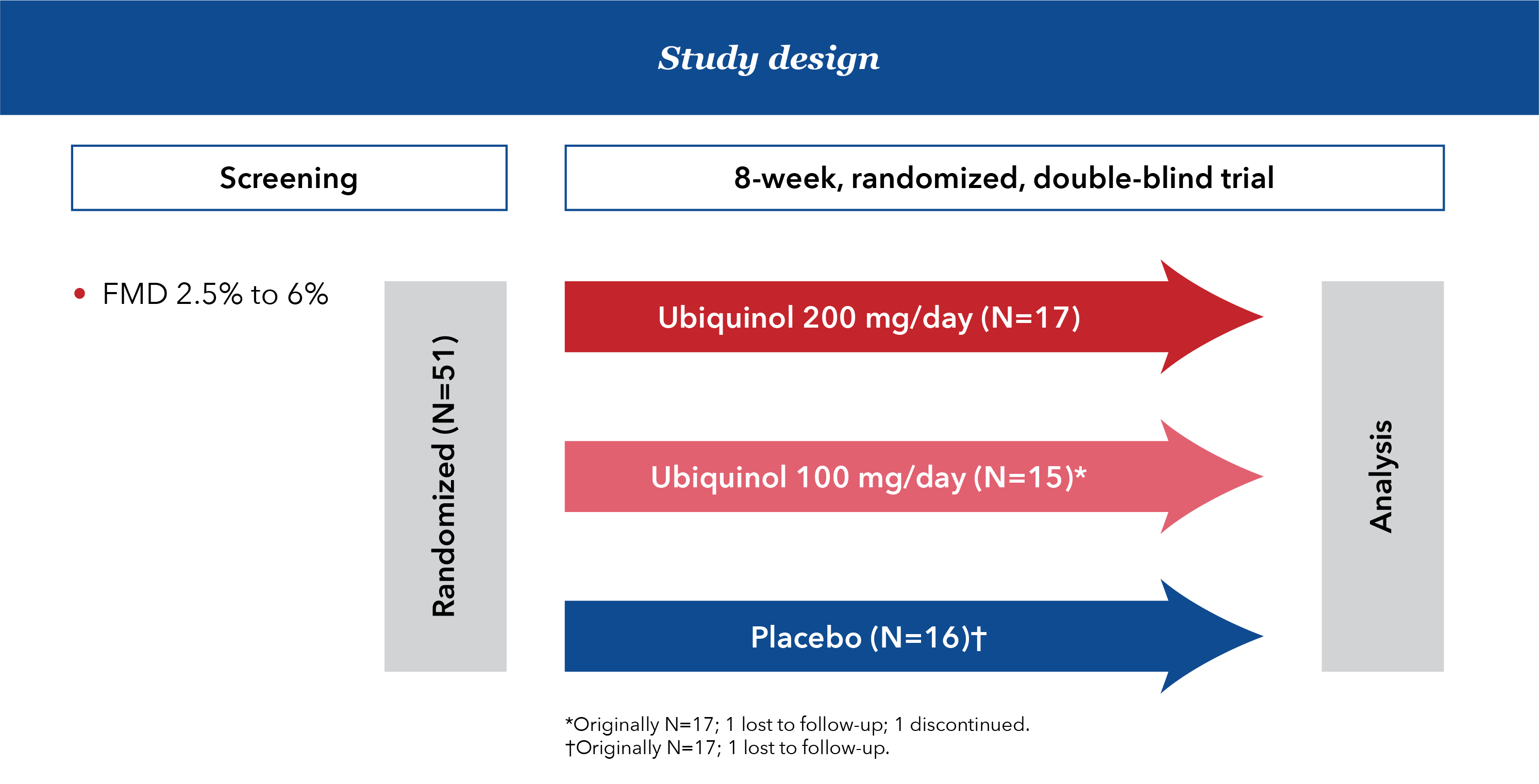 Patients were healthy with mild-to-moderate dyslipidemia 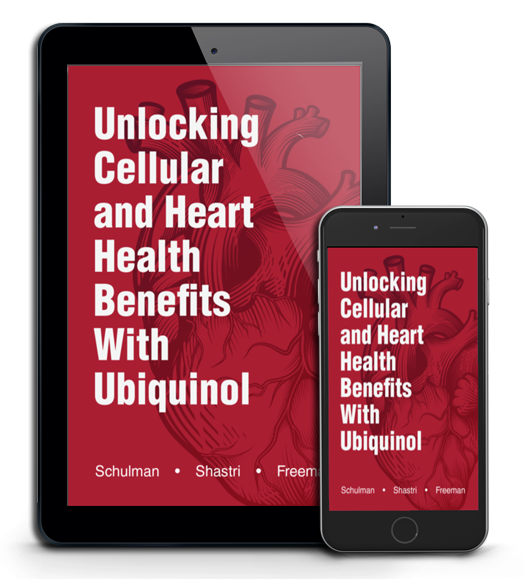 Before you leave, get your free eBook

Learn more about the beneficial role of Ubiquinol in supporting heart health.

Get Your Free Copy
No Thank You
Be a heart health INSIDER.
Sign up to receive news, updates and special offers on heart health and Ubiquinol.

Yes, I am a Healthcare Professional→Cancel