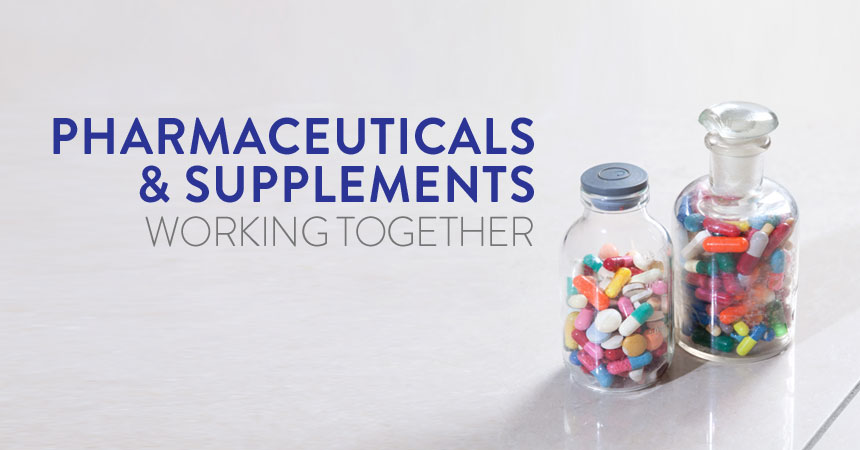 Medicine is often a give and take, a system of checks and balances, an ongoing cycle of actions and reactions. A hospital anesthesiologist once told me that her job is, in essence, to bring people as close to death as necessary for them not to feel pain. That’s a very stark reminder of what is happening when they put you under. It’s not magic; it’s a trade-off. You sacrifice one thing, i.e. your fully functioning bodily system, for another thing — your freedom from pain.

The same kind of trade-off happens when prescription drugs enter your body. If the medication administered is the right drug, the primary physical response will be positive, in that it will have the intended effect: killing cancer cells, lowering cholesterol, balancing insulin levels and so on. But sometimes it comes with a cost. Think of chemotherapy, which fights off your cancer but also compromises your hair follicles and plenty of other bodily processes.

Pharmacist Suzy Cohen has made an extensive study of the trade-offs a body goes through when it takes certain drugs. She refers to the process as “drug mugging”1 (and the title of her book is Drug Muggers), meaning that some drugs “mug” or rob your body of other things in the process of doing their primary work. Sometimes this mugging is intentional, and sometimes it’s unintentional. The unintentional consequence of a drug is called a “side effect.” When you think about it, there really is no such thing as a side effect, per se. There’s only “what we want to happen” and “everything else that also happens.”

According to Cohen, one good example of drug mugging is the birth control pill. In order to do its work, a birth control pill may end up robbing the body of B vitamins, iron, selenium, magnesium, zinc and probiotics, and the lack of those nutrients may contribute to other conditions, such as depression and thyroid problems.2

Prilosec. Nexium. Protonix. These drugs are among the cluster of acid reflux medications that help millions of people every year — and make $13.5 billion annually. According to pharmacist Kimmi Le, however, they are also responsible for health problems ranging from bone fractures to bacterial infections.3 These medications are known as Proton Pump Inhibitors (PPI), and they have done a lot of good. They act quite powerfully to shut down the body’s production of acid, giving relief to chronic sufferers of acid reflux.

But we didn’t evolve stomach acid for no reason, so limiting acid production has consequences beyond the intended effect of reducing acid reflux. Among the “unintended consequences,” or side effects, of Proton Pump inhibitors is the decreased ability of the body to absorb Vitamin B12, iron and calcium. These problems can contribute to anemia, osteoporosis and other unwanted conditions.

One of the most serious examples of drug mugging is statins and coenzyme Q10, also known as CoQ10. Millions of Americans take statin medications to help lower harmful cholesterol levels. Recognizable brand names include Crestor, Lipitor and Zocor. The problem? Statins can deplete the body's natural, healthy CoQ10 reserves. The body produces its CoQ10 via the same biological pathway it produces cholesterol. So when statin medications act to limit the body’s biosynthesis of cholesterol via that pathway, the body’s ability to produce CoQ10 is also lessened, which is not a good thing.

Talk to Your Doctor

As patients, sometimes we forget that conversations with our doctors are two-way streets. When they prescribe, you can question. We can and should ask our doctors about possible side effects of prescription medications, such as how some drugs could affect our production or absorption of vitamins, minerals and other nutrients. Whether you've been taking a prescription for years or your doctor has just recently recommended one, remember to talk with your doctor if you are concerned about side effects. An adjustment in dose or changing to a different formula may help, or your doctor may have other recommendations about how to offset a particular prescription's unintended consequences.