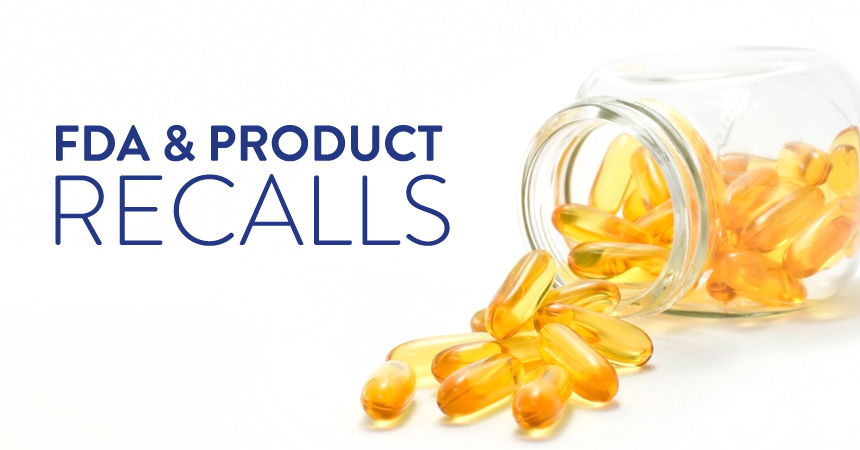 Recalls crop up regularly. So regularly, in fact, that "recall fatigue" is a thing. Many recalls cover automobile defects or faulty toys, but when the recall involves foods or pharmaceuticals, the FDA steps in. The U.S. Food and Drug Administration officially came to be in 1930. The passage of the Pure Food and Drugs Act in 1906, which prohibited interstate commerce of adulterated or mislabeled foods and medicines, set the stage for the regulatory authority of the present-day FDA. However, the law that officially formed the FDA was passed in 1938.1

What the FDA Monitors

It seems simple enough. It is, after all, the Food and Drug Administration, so it’s pretty obvious what the agency monitors, right? Not quite. The FDA does oversee the vast majority of food products but not all. One example of a food it does not regulate is meat and poultry. The FDA oversees not only human drugs, but also animal drugs, in addition to animal feed.

On the other hand, the FDA regulates some things that are neither food nor drugs, such as:

Recalls are a way of protecting the public. Food recalls generally arise from some defect in labeling or contamination.2 Among the three classifications of recalls, the worst involve contamination by pathogens (E.coli, listeria, salmonella, etc.), adulteration, or the presence of foreign items (machinery pieces or shards of metal, plastic and glass). Food recalls often involve ingredients because of undeclared common allergens or sulfites. Cosmetics and drugs follow the same model.3 If they contain harmful substances not approved for use by humans, in addition to possible pathogen contamination, a recall is in order.

Sometimes the maker of a food, drug or cosmetic will contact the government regarding the issue. Other times, an inspection of a production or import facility reveals safety issues. The FDA’s own sample testing may uncover problems that warrant a recall. Additionally, outbreaks of food-borne illness trigger recalls.

When a producer initiates a recall, they submit to the FDA a strategy for handling the recall, including press releases. The maker of the product must quickly remove it from the market. Meanwhile, the FDA or the USDA (U.S. Dept. of Agriculture), which oversees meat and poultry, evaluates the level of threat posed by the recalled product. Depending upon the situation, the FDA works with the producer to eliminate the cause of the problem while also spreading word of the recall to consumers.

One infamous example of a massive recall started in 2007. The FDA ordered a huge pet food recall due to the presence of an industrial chemical called melamine. The recall began when a manufacturer reported cats dying after taste-testing pet food, along with reports from consumers about pet deaths.

The FDA’s Role in Recalls

Once the recall process begins, the FDA manages the company’s handling of the recall. In the 2007 pet food recall, FDA lab tests revealed the presence of melamine, a substance not approved for use as a food ingredient in the U.S. The FDA traced the melamine to wheat gluten and rice protein imported from China and found that the products had been mislabeled.

Successful recalls require alerting consumers of the possible danger of the food or medication involved. The media works very well for this. In fact, recalls are a staple of evening news stories. Once a recall is in full swing, the FDA keeps the process on track. In extreme cases, such as the 2007 pet food recall, the FDA expands its investigation to other countries, in that case, China. Finally, the FDA ensures proper disposal of tainted products.

Can the Food Industry Police Itself?

Certifications such as Good Manufacturing Practices (GMP) and Hazard Analysis and Critical Control Points (HACCP) promote practices that should prevent the need for recalls. However, things happen, and recalls are still needed despite the industry’s best efforts (or, perhaps, lack thereof).

Many manufacturers and producers develop recall contingency plans that come into play should a recall be needed. Such plans often make the recall process run more smoothly, allowing everyone to return to normalcy more quickly. Nonetheless, not all situations are self-reported, so the FDA's role in monitoring and overseeing recalls becomes even more important.

Reacting to Threats and Recalls

Many recalls may pass with little notice, although some of the most egregious product recalls are burned into our collective memories. Obviously, those with health concerns or those who have serious allergies must pay closer attention to recalls than most other people. But the fact is that food and drugs require regulation, and the FDA plays an important role in protecting the public.