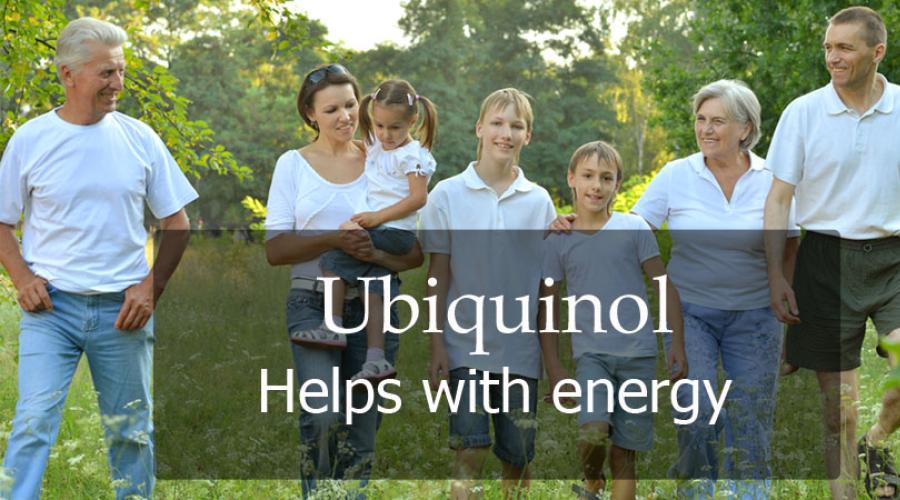 One of the most frequent questions we hear when people learn that Ubiquinol is responsible for 95% of the body's energy production, is whether taking Ubiquinol will provide a caffeine-like boost. The bottom line is that while most people don't report an immediate energy effect like they might get from a cup or two of coffee, most people who take Ubiquinol do report a long-term boost in energy levels. Unlike caffeine or sugar, which act on your brain, Ubiquinol acts within your cells to naturally increase energy levels. Caffeine and other stimulants provide temporary solutions to a lack of energy, and when the stimulant is processed out of your system, you often go back to feeling tired.

Ubiquinol is not a stimulant but it is an all natural energy booster. It is a naturally occurring nutrient that your body produces on its own, and it plays a vital role in your body’s ability to produce energy. Ubiquinol is the reduced, active antioxidant form of Coenzyme Q10, or CoQ10, and is essential in the body’s cellular energy production process. Ubiquinol is a fat-soluble antioxidant that is found in all cellular systems and in almost every cell, organ and type of tissue in mammals.

Your body requires Ubiquinol to generate energy. Ubiquinol plays a big role in transferring electrons to generate cellular energy, known as ATP, the molecule that transfers chemical energy within cells for metabolism. Most ATP production, or cellular energy production, happens in your mitochondria, which typically produce about 95% of the energy needed for cellular growth, development and healthy metabolism. Doctors and researchers now consider Ubiquinol’s antioxidant actions to be one of the most important functions in the body’s cellular systems and cellular energy production process. Ubiquinol is also involve in your organ function and the health of your organ tissue. Of all the body’s organs, the heart requires the most energy to perform at an optimal level. Ubiquinol is essential for heart health because it provides cellular energy to the heart. Taking a Ubiquinol supplement can also promote overall cardiovascular health and can help maintain normal blood pressure levels. Ubiquinol also improves the health of other organs – including the brain, liver and kidneys – by helping organ tissue cells generate energy and protecting cells from damage caused by free radicals and oxidative stress.

So, while it's established that Ubiquinol plays an essential role in providing energy to your heart and other body systems, many people want to know what Ubiquinol means to their daily energy levels.

Healthy Energy Supplement for the Heart

Taking a daily Ubiquinol supplement will help restore normal levels of the nutrient in your system and maintain healthy levels in your plasma and tissues. The body of a healthy 20-year-old produces all the CoQ10 it needs then converts it into Ubiquinol to use in producing cellular energy. But as we age, our bodies become less efficient at converting CoQ10 into Ubiquinol. Even if your system is producing enough CoQ10 – or you’re taking a conventional CoQ10 supplement – your body may not be able to put it to use because it can’t change it into what it really needs: Ubiquinol. With Ubiquinol supplements, the conversion from CoQ10 has already been done outside your body, which means your body has to do little to no work before it can start putting it to work.

Most people who take a Ubiquinol supplement notice an increase in their energy levels, but it’s not the short-lived buzz that comes from an energy drink or a shot of espresso. When you begin taking Ubiquinol, your energy levels may rise over time as the amount of Ubiquinol in your system increases and is maintained in your plasma, tissue and organs. Many people who take a Ubiquinol supplement feel better when they incorporate it into their daily health routine, but the difference will be a gradual increase in energy levels rather than the brief spike provided by caffeine or other stimulants. In fact, because the change in energy levels is not an immediate and drastic increase, most people may not even realize it’s happening, but they do notice a drop in their energy if they stop taking a Ubiquinol supplement.