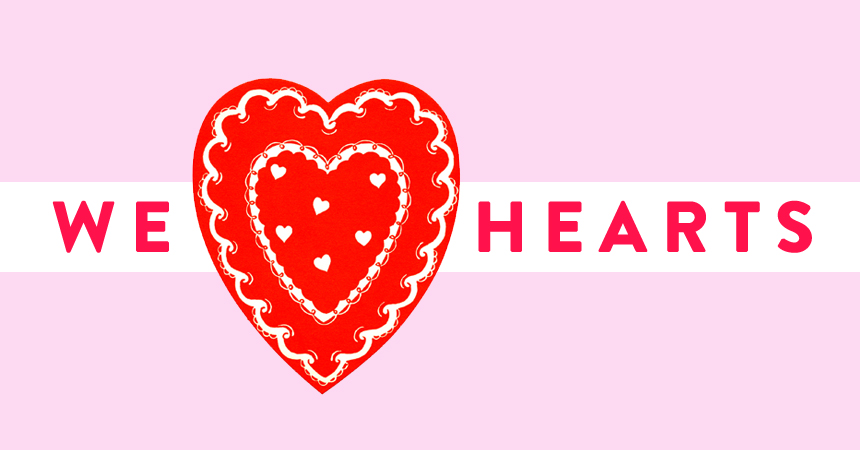 Love it or hate it, Feb. 14 is celebrated throughout the world as the feast day of St. Valentine, a Roman martyr from the third century who, history has it, acted as a priest to marry Christians against the law of Roman authorities. Over the years, of course, Valentine’s Day has come to represent romantic love, and the heart has become the universal symbol of that love: heart-shaped boxes of chocolates, heart-shaped cards, teddy bears holding hearts. And we love hearts, so let’s focus today on having a heart-healthy Valentine’s Day.

What’s your idea of the perfect Valentine’s Day? For many, it looks something like this: You and your significant other put on a little music, relax with some red wine, eat a good dinner, maybe finish up with some dessert, and then some…well, maybe some physical activity of the sexy-time variety. Guess what? Every single aspect of that blissful scenario is (or can be) heart healthy. Let’s break it down.

The Music of the Heart

In the medical journal Circulation, Italian researchers (leave it to the Italians!) conducted a fun and fascinating study.1 They wanted to test theories that cardiovascular rhythms could be affected by music. To do it, they selected a group of singers and a group of non-musicians, had the subjects listen to several pieces of music from the classical repertoire and monitored several cardiovascular responses, including blood pressure and skin vasoconstriction. The results showed that the heart did indeed respond to the music, especially to those pieces featuring crescendos. And the effects happened to both musicians and non-musicians. Other signs also indicated that the physiological changes seemed to be pleasurable to the subjects and can be used for relaxation and mood elevation. So put on some nice music and…

Relax with Some Wine

Normally, advocates of heart health tell you to exercise, but let's save that for later. This is a good time to mention something that isn’t said very often: The heart needs healthy relaxation, too. Bad stress—anxiety from work, for example—can be extremely harmful to the heart. Among other issues, it can lead to pulmonary hypertension, which can lead to harmful deficiencies of oxygen to the heart.2 Yes, exercise is good for the heart, but you need a relaxing break, too, and red wine can help with that. In addition to containing alcohol, red wine is a source of resveratrol, a polyphenol that seems to protect the lining of the heart’s blood vessels, as well as antioxidants, which can help lower bad cholesterol.

You may have recently seen an article that went viral on the Internet claiming that having a glass of red wine is the equivalent of one hour of exercise. As tempting as that is to believe, it’s simply not true. Dr. Jason Dyck, director of the Cardiovascular Research Centre at the University of Alberta, Canada, and the lead author of the study, said the original article and all the copycats incorrectly cited the study, which didn’t include any red wine and certainly didn't recommend people drink it instead of going to the gym. Researchers studied whether resveratrol, which is found in grapes, nuts and other dark berries, can help increase exercise capacity for those who are already exercising. Researchers did find that resveratrol could help people who have restricted exercise capacity, such as heart failure patients, maximize the benefits of exercise.

So pour some wine. Medical evidence is mounting that moderate alcohol intake does indeed have heart benefits. (But you still need to exercise. We'll get to that in a bit.)

You’ve got your music on, your feet up and your wine in hand. Now it’s time to have a good conversation and a laugh with your partner. Data over the years has shown that happily married couples have greater heart health than singles, and researchers are trying to study exactly why and how that may be. One answer may have something to do with empathy. A recent study out of the University of Utah surveyed couples in their 60s who had been married 36 years on average. They asked the couples to rate how much they feel their partner cared about them, either negative, positive or ambivalent. Fascinatingly, when both halves of a couple rated their other half as ambivalent, researchers found an increase in heart disease and calcium buildup.3

After you’ve enjoyed a nice heart healthy dinner (Sushi, maybe? Lean meats with a lot of leafy greens?), it’s time for dessert. Chocolate made from real cocoa beans is just what the Valentine’s doctor ordered. Cocoa contains flavanols, which have antioxidant properties and have been linked to lowered blood pressure and improved blood flow to the heart. Flavanols actually perform some functions that are similar to certain functions provided by ubiquinol, the antioxidant form of CoQ10. Ubiquinol does a good bit more than flavanols, though; it plays a major role in the body’s production of useable energy on a cellular level.

But as the body ages, it often begins to lose some of its ability to manufacture its own ubiquinol, which is associated with a loss of energy. And energy, of course, is not only necessary for the heart to do its work, it’s also necessary for the perfect end to the perfect Valentine’s Day.

And to Cap It Off…

Touching a loved one can have a profound impact on all areas of your health, including your heart health. In fact, sex is thought to lower the risk of heart attacks and lower your blood pressure. A study published in 2010 in the American Journal of Cardiology4 found a correlation between the frequency of sex and heart health. Researchers with the New England Research Institutes analyzed the health records of more than 1,100 men who participated in the 16-year Massachusetts Male Aging Study. Researchers found that men who have sex twice a week are at lower risk for cardiovascular disease than men who are getting it on less than twice a week—and that was even after adjusting for patients who had erectile dysfunction.

The study concluded that, “Sexual activity in some forms has a physical activity component that might directly serve to protect cardiovascular health.” That’s a pretty good deal. Of course, if sex isn’t an option, you could always go dancing.