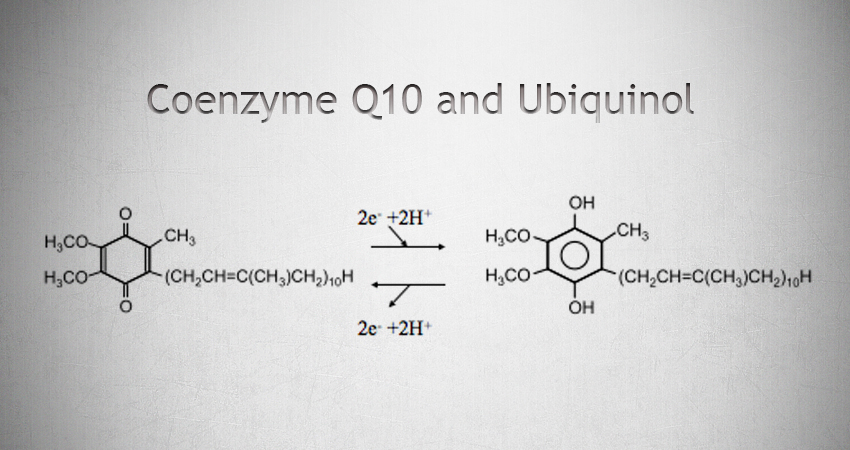 What are the difference forms of CoQ10?

How are Ubiquinone and Ubiquinol different?

Although CoQ10 supplements have been available for decades, they were only available in the fully oxidized or “spent” form of Ubiquinone. The Ubiquinol form wasn’t available commercially until just a few years ago because it was difficult to stabilize outside the body. Here’s the biggest difference: In order to use Ubiquinone, your body has to first convert it to Ubiquinol, which means your body has to do more work before it can send Ubiquinol off to your organs and cells to do its thing. As we get older, our become less able to convert Ubiquinone to Ubiquinol. The body of a healthy 20-year-old naturally produces all the Ubiquinone it needs and easily converts it to Ubiquinol. In fact, more than 95 percent of the Ubiquinone in a healthy individual’s body is converted to Ubiquinol. No sweat, right?

Not so fast. As we age, our bodies become less efficient at making that conversion, so the ratio of Ubiquinone to Ubiquinol may be off. Even as early as age 30 (and definitely by age 40), the body becomes less able to convert Ubiquinone for use by the body. Other factors can also affect the body’s ability to transform Ubiquinone, such as some medical conditions or certain medications. Even assuming your body is producing all the Ubiquinone it needs, it may not be able to convert it efficiently to Ubiquinol. The best way to improve that ratio as you age is to take a supplement. If you’re already taking a traditional CoQ10 supplement (Ubiquinone), it may not be doing you as much good as you think, since your body struggles to convert Ubiquinone to Ubiquinol as you age. You might want to rethink your CoQ10 supplement and switch to one that is already in the reduced, active state of CoQ10 - Ubiquinol.

What have studies taught us about Ubiquinol?

According to several studies conducted over the past few years, Ubiquinol – the reduced form of CoQ10 – is more effective at slowing down the aging process than Ubiquinone, which is the oxidized form of CoQ10. In 2010, researchers at the Christian-Albrechts University of Kiel in Germany gave middle-aged mice supplements of Ubiquinol and Ubiquinone for either six or 14 months. Researchers found that Ubiquinol had “a stronger impact on gene expression” than Ubiquinone, primarily because Ubiquinol had better “bioavailability” – meaning Ubiquinol was more available to the body and more easily used by the target tissue after being introduced to the system. The study also found that Ubiquinol was more effective than Ubiquinone at increasing levels of CoQ10 in the mice’s livers. Researchers also reported the liver, kidneys, heart and brain were the “main target tissue of CoQ(10) intervention.”

Another study by Dr. Peter Langsjoen in 2008 found Ubiquinol was much more effective at increasing CoQ10 levels in blood than Ubiquinone. Patients who had been diagnosed with advanced congestive heart failure were given Ubiquinone every day. The level of CoQ10 in their blood was tested and found to be “subtherapeautic.” The patients were then switched to the same daily dosage of Ubiquinol, and follow-up testing found that their CoQ10 blood levels had increased 55 percent, and in some cases had more than doubled. Langsjoen also found patients’ heart ventricles were more able to pump blood than before taking Ubiquinol.

Anyone older than the age of 30 should consider switching from Ubiquinone (CoQ10) supplements to the Ubiquinol form of a CoQ10 supplement. Ubiquinol is often labeled as “CoQ10 Ubiquinol” and is usually stocked on the same shelf or in the same area as conventional (Ubiquinone) CoQ10 supplements. To avoid confusion, check the supplement facts label on the bottle for “Ubiquinol (Kaneka QH®).” Authentic Ubiquinol products include the Kaneka QH logo, so you can be certain you are buying the active form of CoQ10 rather than Ubiquinone.