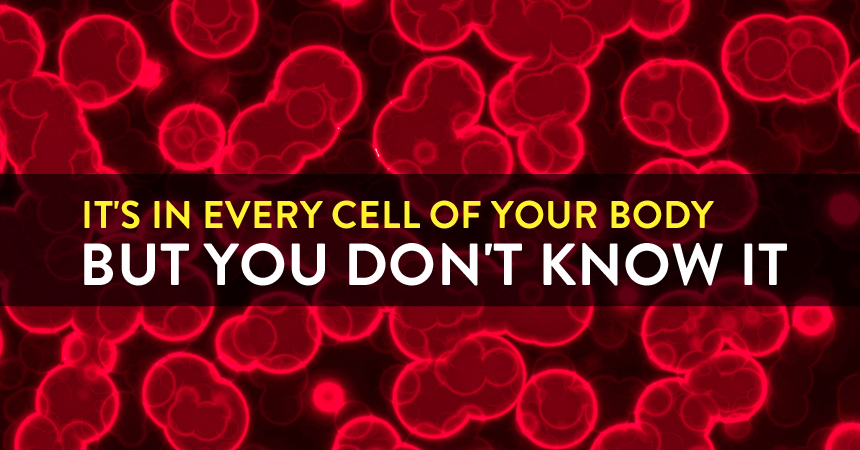 When was the last time you thought your cells felt sluggish? Probably never. But cells, like the rest of our bodies, can underperform when they don't have the nutrients they need, and you may feel the consequences of that cellular sluggishness throughout your entire body.

While you might be familiar with the basic composition of cells and the physiology behind the cell life cycle—including genesis, division and death—you probably never knew (or don't remember from high school biology class) how a cell creates its energy. Did you know that one substance, Ubiquinol, a form of Coenzyme Q10 (CoQ10), is present in every single cell of the body, and it's involved in 95 percent of cellular energy production? Probably not—until now.

How the Body Produces Cellular Energy

Like an engine that must use gas, electricity or any power source to run, cells must both receive an energy package and have a reliable mode by which to release and use that energy. In eukaryotic cells (the cells found in plants and animals), the mitochondrion is the site of this energy production. Tiny organs bound in a membrane, mitochondria are little power plants that house the cell's chemical energy exchange. The fuel for that exchange is coenzymes, particularly Ubiquinol.

Among other job duties aiding in the mitochondrial production of energy, the protection of the membranous mitochondria falls to Ubiquinol. Without Ubiquinol's protection, it is thought that the mitochondria may lose some of the energy it has converted or fail to produce sufficient energy for the body to function optimally. This is what can happen during the aging process or in phases marked by high oxidative stress. p>

How CoQ10 May not be Transformed Into Ubiquinol and What Happens?

People whose bodies are compromised and those taking statin drugs can fail to produce CoQ10 in sufficient quantities. Statins interfere with the body’s production of cholesterol and are very effective at lowering harmful cholesterol. At the same time, statins affect the body's production of beneficial CoQ10. This is because the body produces both cholesterol and CoQ10 via what is essentially the same biological pathway. This is why, particularly if you’re taking statins, it's worth talking to your doctor about taking a Ubiquinol supplement.

Why Ubiquinol Makes Sense as a Supplemental Form of CoQ10

While CoQ10 in its oxidized form is available as a supplement, CoQ10 in its active, antioxidant form, Ubiquinol, may be a better option. The reason is twofold: First, Ubiquinol is more bioavailable than the other forms of CoQ10. That means it is easier for the body to absorb and use. Second, only Ubiquinol has the unique properties that not only make it essential for the production of cellular energy but also make it an antioxidant that can fight off damage caused by oxidative stress and free radicals.

The Broom of the System

As we've discussed, the creation of cellular energy happens within a power plant-like structure called the mitochondria. Like any power plant, this energized, chemical conversion creates "exhaust." This exhaust is called free radicals, more specifically the free radicals known as "superoxide" and "hydroxyl radical." While radicals do have some beneficial roles to play in the body, their highly chemically reactive nature makes them potentially damaging in excessive quantities. Free radicals are unbalanced molecules that have an unpaired electron, so they go around stealing electrons from molecules in healthy cells. Too many free radicals can lead to cell damage and cellular death, and researchers now believe that free radicals are a prime cause of inflammation and linked to chronic health conditions.

Fortunately, the body knows that too many free radicals is not a good thing. To combat the radicals and maintain a healthy balance, the body has also created antioxidants, which are molecules that effectively clean the system of its harmful free radicals, like mops or brooms on a kitchen floor. Antioxidants can be found in a variety of foods, particularly fresh fruits and vegetables. The problem is that the typical American diet does not contain enough antioxidants to promote cellular health and effectively combat free radicals, especially as the body ages.

Ubiquinol accomplishes two things: It aids in the process of creating cellular energy, and it infuses the body with necessary antioxidants to fight off free radicals created by oxidation. Cellular energy is supported,heart health is promoted, and the invisible process of protecting cells continues.