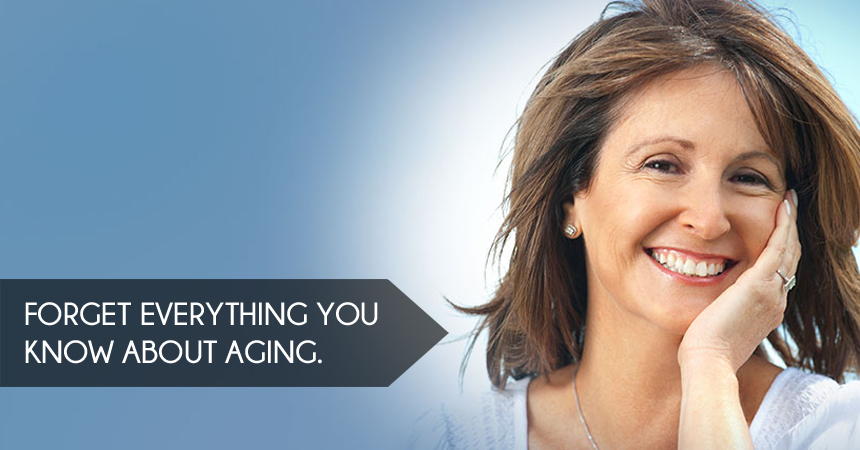 You may think you already know quite a bit about aging. You read the articles from the major health periodicals. You see your doctor once a year and discuss the importance of heart health. You exercise regularly, watch what you eat and maintain a healthy weight. You ask your physician the important questions before changing your diet, starting a new excercise routine, or taking any supplements. You’re doing everything right, but what are you missing? Ubiquinol is the active form of Coenzyme Q10 (CoQ10) and is now available for the first time in supplement form. Preliminary studies have shown that Ubiquinol levels are significantly diminished by aging and conditions marked by high oxidative stress. Ubiquinol not only promotes a healthy heart, it promotes healthy aging.

Ubiquinol, which is the fully reduced form of CoQ10, is an essential nutrient naturally occuring in your system and is found in every cell of your body.  From the heart to the kidneys to the pancreas, ubiquinol plays a role in 95 percent of the body’s energy production. Its primary function is the synthesis of cellular energy. Found in the inner mitochondrial membrane of every cell in the body, ubiquinol is responsible for producing energy in all living organisms.  With superior cell energy production and transport, people experience improved function of their organs, including optimal heart health.

Is Ubiquinol the Elixir of Longevity?

It’s not a potion or a magic pill or a silver bullet. It’s an essential enzyme that is naturally produced in your body and is now available to you as a supplement. Preliminary studies have shown that the CoQ10 balance (Ubiquinol/total CoQ10) is affected by aging and chronic disease As you age, your body produces less Coenzyme Q10.  As a result, the body’s cardiovascular and renal systems may have a diminished capacity to produce cellular energy and to function as it did when you were younger. Studies on ubiquinol show a reduction in inflammation and an increase in metabolism because both functions require improved cell production to relieve fatigue and heal tissue.

As ubiquinol decreases in your body as a result of aging, more unpaired electrons called free radicals are determined to seek and search out cells to steal that much-needed electron. Stealing electrons is a process that results in cell damage known as oxidation. An increase in the availability of ubiquinol in your system means an increase in electron donation to free radicals, meaning the free radicals are stabilized and no longer try to steal electrons from (and damage) healthy cells. As a result, your system can defend itself against oxidative stress and cell damage. Unfortunately, the aging process means your body becomes less efficient at converting CoQ10 into the antioxidant form called ubiquinol. A research study at the Kyorin University School of Medicine in Tokyo, Japan, revealed that levels of both CoQ10 and ubiquinol in older subjects are diminished.  As a result, there was a decrease in CoQ10 biosynthesis, the ability to convert the available CoQ10 into ubiquinol.

How Can Ubiquinol Benefit Heart Health?

What Antioxidant Properties Exist in Ubiquinol?

Results from studies abroad and close to home show that Ubiquinol is a powerful antioxidant. It is the electron rich form of CoQ10 and is a naturally occurring, lipid soluble antioxidant. The Ubiquinol form has unique antioxidant properties that scavenges free radical "exhaust" produced by the mitochondria engine and helps protext against oxidative stress. Ubiquinol is more effective than lipid-soluble vitamin E in fighting free radicals.

Build Muscle Mass and Protect Bone Density As You Age
Will Ubiquinol Affect My Prescription Medication?
How Do I Know I'm Getting The Right Ubiquinol?
Does Ubiquinol Support Healthy Aging?