Food Traceability: Where Has Your Food Been? 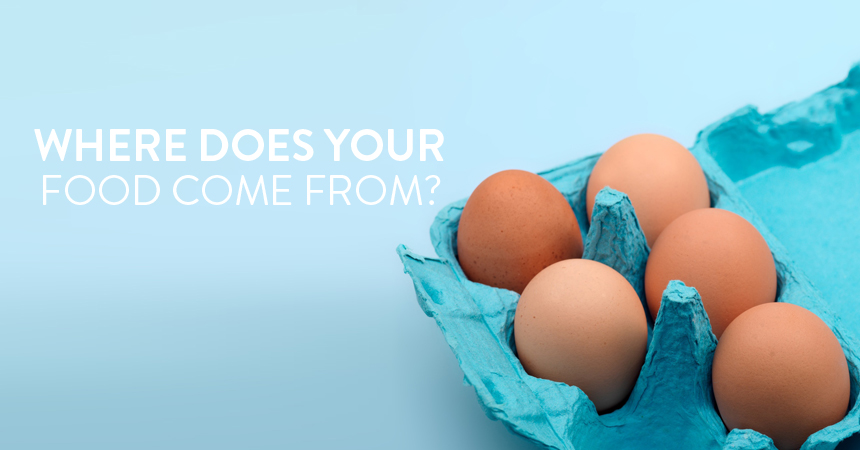 In 1964, the United Kingdom imported corned beef from Argentina. When the cooling plant failed where the corned beef was stored, the heads of the plant placed the beef in cans and cooled it using river water. One of the cans was defective. A meat slicer used a single machine to slice all the beef. That tainted all of the meat and caused an outbreak of Typhoid fever.

In 1985, an unlicensed technician at Jalisco, a major producer of Mexican-style food and beverages, improperly pasteurized milk that was turned into queso fresco. The cheese, which was sold in the greater Los Angeles area, was tainted with listeria. More than 50 people were killed, many more were sickened, and two people from Jalisco served jail time.

Of all the ways to get sick, foodborne illness should be a thing of the past, shouldn’t it?

Certainly you can name more recent outbreaks: E. coli, Salmonella, Clostridium perfringens, aka “the cafeteria germ,” to name a few. As of this writing, the CDC’s website lists the four most recent outbreak investigations. The tainted foods are cilantro, nut butter, organic sprouted chia powder (very healthy and much recommended when untainted, by the way), and raw clover sprouts.1

Is Food Poisoning on the Rise?

Doesn’t it seem like food poisoning is on the rise? It might be, it might not be – we don’t really know. Communications systems have gotten so much better and so much faster that we might just be hearing about these outbreaks more often as opposed to them occurring more often. However, as more and more meat and produce is grown at an industrial scale, the chance that a contaminant can infest a large group of edible goods actually has gone up.

Either way, the public and the government have become worried and have begun several initiatives to trace food products throughout their supply chains: from grower to packager to consumer and any steps in between.

If you have yet to hear the term “traceable” or “traceability” or “trace-back,” you heard it here first, and you’ll probably be hearing it elsewhere soon.

How Does Traceability Work?

In essence, tracing works like a passport system: All plant or animal products intended for consumption are tagged at every step of the supply chain. They are tagged with a simple barcode that, when scanned, will reveal exactly where that item has been and who has touched it.

That’s great news for Zebra Technologies, the Illinois firm that specializes in barcodes and other tracking technologies; its stock price has far outgained the Dow Jones Industrial Average in the last few years as the demand for traceability has risen. But is traceability good for consumers?

A Case Study in Europe

Food tracing legislation started in Europe. In 2002, the European Union’s General Food Law was enacted. Traceability became mandatory. The success of the initiative was felt immediately. Or rather, it not felt, which is good.

The Health and Consumer Protection website of the Directorate-General of the EU highlights an interesting case study of an outbreak that was prevented. The case, from 2004, involved a Dutch farm whose milk was discovered to have elevated dioxin levels. Using tracing, the contaminating factor was found to be potato peels that had been separated using bad clay. Also using tracing, every business that touched the contaminated potatoes—the businesses spanned four countries—were contacted, and all contaminated batches were isolated. No consumer ever touched any associated product, and no one got sick.2

The U.S. is making progress toward traceability, but we’re not at European levels yet. While many traceability mechanisms have been in place at state, local, and intra-company levels, the beginnings of modern U.S. traceability on a national level can be seen in the Perishable Agricultural Commodities Act (PACA) of 1930,3 which required documentation of shippers and receivers. An update to this followed in the U.S. Bioterrorism Act of 2002, which hoped that tracing techniques could help us in the event of a biochemical attack on food items. In 2004, the National Animal Identification System (NAIS) was introduced in part as a response to outbreaks of mad cow disease.

The PTI began in 2008 as a voluntary group of industry stakeholders. The initiative’s sponsor associations include United Fresh Produce Association (United Fresh), Canadian Produce Marketing Association (CPMA), and Produce Marketing Association (PMA), and the steering committee consists of such heavy hitters as McDonald’s, Wal-Mart, and the Kroger Corporation.4 Clearly, the stakes of widespread contaminations and the resulting recalls are high for industry, which may be why they are getting on board with traceability rather than rely on the FDA to do it. The PTI has already made several clear strides in enhancing traceability, but the group hopes to increase membership and adherence to its standards on a more massive scale.

Of course, some groups are opposed to the PTI and to some of the processes of traceability in general. They invoke the familiar choruses of freedom from regulation, the choice to practice business how they see fit and the increased financial burden proper tracing seems to guarantee.

For now, tracing has leapt some significant hurdles—industry interest, government attention and consumer awareness—but the road ahead is not without challenge. One thing that is abundantly clear is this: An outbreak of a foodborne illnesses is a major negative, both financially and to the health of the consumers infected.

True Self-Care Isn’t Skin-Deep
How Does Ubiquinol Make You Feel?
Veggie of the Month: Beets
The Importance of Staying Connected