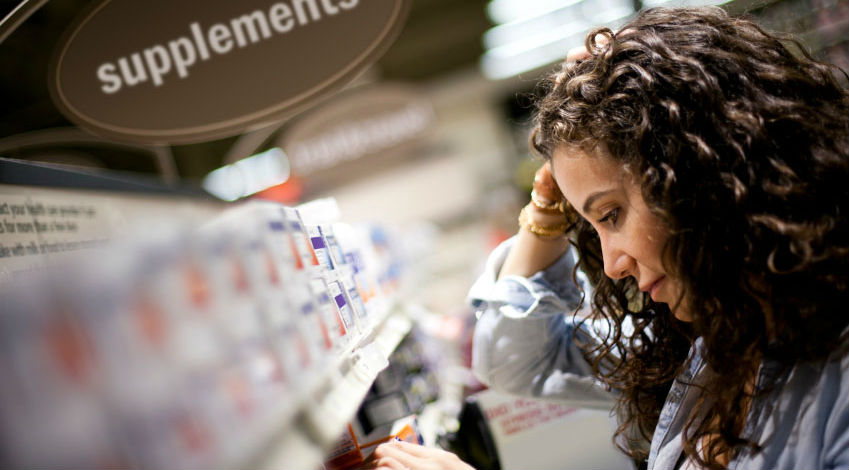 If you are confused about the various labels and product names you see on bottles of CoQ10 and Ubiquinol, you’re hardly alone. This is one of the most commonly asked questions we receive on our Facebook page and asked to our panel of experts. Many consumers get confused when some bottles they see at the store have both “CoQ10” and “Ubiquinol” on the label, while others only include one or the other. The simple answer is there are two different types of Coenzyme Q10 supplements. They are both often found right next to each other when you look on the shelf at the store. The trick to telling them apart is to look for the Kaneka Ubiquinol logo on the label.

One type of product you'll find at stores and online is conventional CoQ10 that has been available for the past 30 years in what is called the ubiquinone form of CoQ10. Ubiquinone must first be converted into ubiquinol by your body and is required for 95% of your cellular energy production, especially in your heart. These bottles will only include “CoQ10”, “Q10” or “ubiquinone” on the label.

The other type of CoQ10 supplement is Kaneka Ubiquinol which is the healthy, pre-converted form of CoQ10. Ubiquinol converts back to ubiquinone after your body uses it, or when it is directly exposed to heat, light or oxygen. It wasn’t until 2007 that scientists were able to figure out how to keep the supplement ingredients in the ubiquinol form until it could be encapsulated into a pill. Since then, many manufacturers have been shifting to producing Kaneka Ubiquinol. Nearly all of the most recent clinical studies also use Kaneka Ubiquinol instead of conventional CoQ10. Nearly all of the future planned studies will use Kaneka Ubiquinol too. This is why it is often referred to as “The Next Generation of CoQ10.”

CoQ10 and ubiquinol have been well studied over the last 40 years and the vast majority of the the clinical studies have used ubiquinone and ubiquinol made by Kaneka because of its unmatched quality and purity and because it bio-identical to the CoQ10 naturally found in your body. Over the last 30 years, consumers became familiar with term CoQ10 and all of the heart health benefits it can provide. Most people are unaware of Kaneka Ubiquinol since it wasn’t available on the shelf until more recently. Manufacturers recognized this and carried the CoQ10 terminology over to the new Kaneka Ubiquinol products. This is why you often see both "Ubiquinol" and "CoQ10" on the same bottle.

If your body just turns CoQ10 into Ubiquinol, why does it matter? As you continue to get older, your body has more and more difficulty converting CoQ10 into ubiquinol. Your body can’t use ubiquinone without first turning it into ubiquinol. This is why Kaneka Ubiquinol is more bio-available and is the healthy form of CoQ10. Certain medications, like statins prescribed to reduce high cholesterol, have a side effect of also reducing ubiquinol. This is really important because ubiquinol is the fuel for your heart.

Clearing Up the Label Confusion

What is the difference between Kaneka QH and Kaneka Ubiquinol?

There is no difference. Kaneka simply  dropped the "QH" designator in 2014 to help clear up the confusion around the terminology. Many of the bottles you find on the shelf at your favorite stores might still list the ingredient as "Kaneka QH". These bottles were printed before the name change but contain the same high quality and pure form of ubiquinol you trust. Kaneka Ubiquinol is shelf stable for 2 years and these products are still safe to consume and just as effective. You may continue to see your favorite brand use the old name for a while longer as the older labels move out of circulation. If you have any concerns about the ingredients used in your favorite supplement, please contact the manufacturer.

Which Version of CoQ10 is Best?

Conventional CoQ10 is a great choice for those under 40 years of age and are generally healthy. I recommend taking the Kaneka Ubiquinol form if you are:

Still not sure which form to take? Try our interactive quiz and find out what we recommend.

Is Technology Hurting Your Health?
What’s The Difference Between Ubiquinol and Ubiquinone?
Natural vs. Organic Foods and Supplements
Veggie Of The Month: Fennel