Antidepressants and CoQ10: What You Need to Know 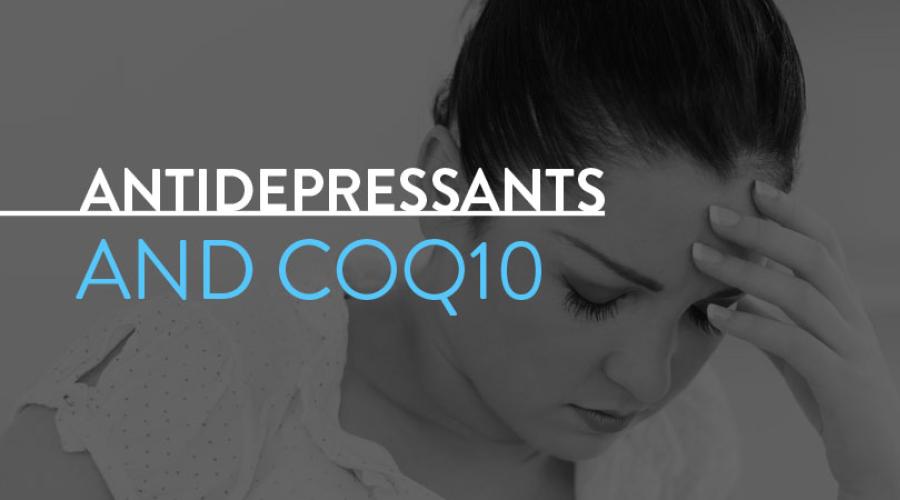 As the social and personal stigmas about depression and anxiety have diminished significantly in recent decades, the rate of reported diagnosis has risen. Predictably, the development of drugs aimed at alleviating depression and disorders related to depression (for example, ADHD) has become a kind of Holy Grail for pharmaceutical companies.

To give a better idea of the proliferation of antidepressants, Xanax—consistently ranked as the top-selling anti-anxiety medication in the world—was prescribed nearly 50 million times in 2011 alone.1 All of these drugs have some sort of side effects, ranging from minor nausea to impotence and more. You’ve probably heard that never-ending patter in TV commercial or seen that long lists in the small print of magazine ads ticking off potential side effects. But side effects are typically listed according to symptoms (for example, joint pain or swelling) rather than root causes (for example, lowered magnesium levels). Research into all of the ways these root causes can affect overall health tends to lag behind research into how a drug positively affects the depressed person’s brain.

Selective serotonin reuptake inhibitors (SSRIs) are the most popular forms of antidepressants available today. Familiar names like Zoloft, Prozac and Paxil populate this category. In the last few years, researchers have examined the effects of these drugs on bone health and have found that serotonin receptors in bone cells can be adversely affected by SSRIs. Some estimates claim that risk of bone fracture for people on antidepressants are double that of people who do not take antidepressants.2

This is especially important for post-menopausal women, as they are at an increased risk of osteoporosis anyway. Coenzyme Q10, or CoQ10, has been shown to promote bone and joint health, and taking CoQ10 in supplement form may help the bones deal with the stress inflicted on them by SSRIs.

Tricyclic antidepressants (TCA) are one of the earliest categories developed, and TCAs include drugs like Anafranil, Elavil, and Norpramin. The category is still used to treat “melancholic depression," especially in cases where other, newer types of antidepressants have failed. TCAs may carry the same risk for bone health as SSRIs, but TCAs also results in diminished CoQ10 levels. The problem with TCAs and CoQ10 is that TCA use can result in oxidative stress and mitochondrial dysfunction3, which in turn results in diminished CoQ10 levels.

CoQ10 as an Antidepressant

In a 2013 paper in the journal Pharmacological Biochemical Behavior, Dr. Aboul-Fotouh showed “antidepressant-like” activity in rats treated with a heavy regimen of CoQ10.4 Dr. Aboul-Fotouh knew that depression is accompanied by oxidative stress and a compromised ability to produce antioxidants. Knowing that CoQ10 is a natural antioxidant that can also be synthesized outside the body, he gave CoQ10 to rats with induced depression. The results “showed a significant antidepressant effect," in part because the CoQ10 helped maintain “mitochondrial function and its well-documented antioxidant properties.”

Also worth noting is that CoQ10 is not the only nutrient that can be compromised and depleted by antidepressant medications. Riboflavin, also known as Vitamin B2, occurs naturally in the body but can be blocked by antidepressants as an unintended consequence of the way those drugs work. Riboflavin is important for metabolism of basically everything, and deficiencies can result in lost energy and problems with control of body weight. Riboflavin is also important for the regulation of the thyroid.

What Can You Do?

Various strategies have been employed to mollify the unintended consequences of antidepressant medication. The compound SAM-e (S-adenosylmethionine), which is produced naturally by the body and made synthetically in the lab, has been used as an antidepressant for years. SAM-e also appears to fight against osteoarthritis and some inflammatory conditions.5

Supplemental therapy should never be a substitute for hands-on medical care, and it is always a good idea to consult a doctor before beginning a course of supplements, even though most over-the-counter supplements such as CoQ10 have a very high safety profile. But people on antidepressants—particularly in middle age or older—should consider supplements of CoQ10, riboflavin, and SAM-e to ward off loss of bone density, cellular function and CoQ10 benefits. And if CoQ10 shows more evidence of acting as an antidepressant itself, so much the better. We will continue to follow the further developments in this area of research.